Welcome to my first Black History Month/Blackout book review! I just finished Octavia E. Butlers’s Parable of the Sower and am excited to discuss it because oh man, this book is thought provoking. 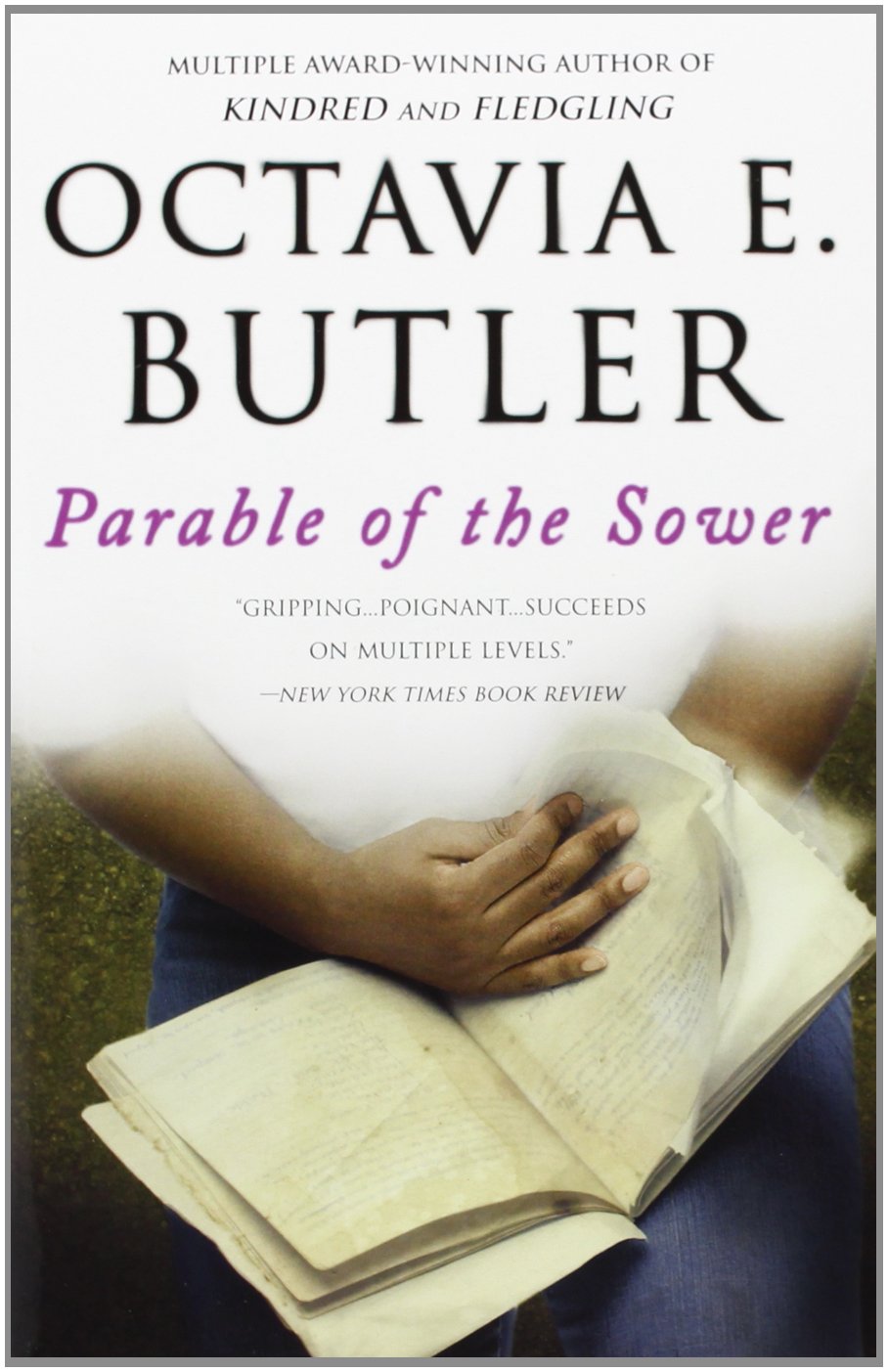 Title:  Parable of the Sower by Octavia E. Butler

In a dystopian near future America, teenager Lauren Olamina must come to terms with a crumbling society and weak government, bleak economic prospects and a lack of jobs and education, environmental chaos and unbridled natural disasters, and what these mean for her family and small, close-knit community in Southern California. She finds solace in crafting her religion, Earthseed, and in envisioning a safer, better life for herself and those she cares about. After a tragedy, she is put to the test and must survive outside of her home and face the unknown.

Even though I’m not much of a reader of science fiction or dystopian novels, I was attracted to this one because of it’s lack of an apocalyptic event; no one traumatic event created the world that Lauren inhabits – economic and environmental problems just got out of hand. I can readily envision this happening to us today. I was also ready for a science fiction novel featuring a Black female protagonist and because of this, it’s one of my picks for the 2018 Read Harder challenge.

Butler writes, in the early 1990s (!), with incredible clarity and prescience. The world building here is phenomenal, and her dark, gritty descriptions of what happens in an anarchic country will make you anxious. The setting – a California of empty highways, arson fires, destroyed homes and businesses, drained reservoirs, and wandering refugees – will have you envisioning developing, war-torn countries. As this book takes place in the mid to late 2020s, I was eager to see how much this future reflects where we are in 2018 (and unfortunately, it’s scary how much it does).

Overall, all the themes that Butler touches on – politics, economics and work, society, climate change, race, community, religion, gender and sexuality – are what make this so brilliant. I was completely enthralled with the descriptive writing and despite it making me, at times, fearful and anxious, I was wrapped up in Lauren’s journey.

While I enjoyed Lauren’s transformation into a survivor and a leader, other characters remained a bit flat. Sometimes Lauren herself came off sterile and dry, despite a particular trait she has (no spoilers), which is quite unfortunate given that Butler wrote this in first person, diary format. I did also have some confusion about the US landscape – there are elements of ‘normalcy’ such as the existence of the National Guard and colleges that continue to operate, but that doesn’t really mesh with the rest of what we know about how people are living and/or dying. The role of Lauren’s religion, Earthseed, in the plot is somewhat uneven and occasionally unnecessary. Finally, Lauren forges a close relationship with an older man toward the end of the novel which I thought was gratuitous (cringeworthy, really).

All of that aside, I would recommend this for anyone looking for a different type of dystopian novel. It really sets a standard for this genre, is incredibly thought provoking, and I think it’s still very relevant today.

Have y’all read this one or any Butler works? What do you think of her writing and imagination? Do you agree with my criticisms of Parable? Let me know!